Confession time. We all know the line, but how many of us can honestly say that we have actually watched the entire movie?

Casablanca. An epic movie set in the most incredible Northern African country. While this blog is not about the history of the country, please allow me to state a few unknown facts about MOROCCO. While Casablanca is it’s largest city – strangely enough it is not the capital citY, nor is Marrakesh. This honour belongs to Rabat. Whilst the most well known Moroccan food is couscous, its major export is in fact, dates. The country has also been  under the rule of some of the earth’s most well noted civilisations. Most notably the PHOENICIANS, ROMANS and the BYZANTINES. Morocco, being the northernmost country on the African continent, served as a VERY strategic position for Mediterranean countries to access Africa. The last interesting point is that the Portuguese island of Madeira is actually FAR closer to Casablanca than it is to Lisbon!

Right! Enough of the history and geography lessons. The Reason for my interest in Morocco is, of course, to highlight the world famous, brightly coloured and very expressive concrete tiles that are featured all over the country.

In the 8th century (sorry – more history !) the Moors conquered Spain and introduced a variety of artistic techniques to Europe, including a unique way of painting ceramic tiles called ‘ZELLIGE’ (or ‘azulejo’ in Spanish and Portuguese) that consists of complex geometrical forms. It is believed that the origin of the designs came out of artistic limitations for Muslims, who by strict Islamic law were not allowed to depict living beings and therefore expressed themselves through shapes. { information compliments of mosaicmorocco.com)

The first time I came across the term ‘Zellige’ TILES was when I was doing research for a client in Dubai who was in fact looking for ENCAUSTIC MOROCCAN TILES!  (Wikipedia describes Encaustic tiles as…. ceramic tiles in which the pattern or figure on the surface is not a product of the glaze but of different colors of clay. They are usually of two colours but a tile may be composed of as many as six. The pattern appears inlaid into the body of the tile, so that the design remains as the tile is worn down. ‘) My interest in Morocco and their design sense, really peaked, as I investigated, not only what an encaustic tile was, but where the best of the best are actually manufactured !

Essentially these are concrete based tiles that, when cement is mixed with an array of colours, help to create HANDMADE tiles suitable to be used anywhere and most importantly, when produced by a specialist, will last for hundreds and hundreds of years. Lets take a look at a few here…. 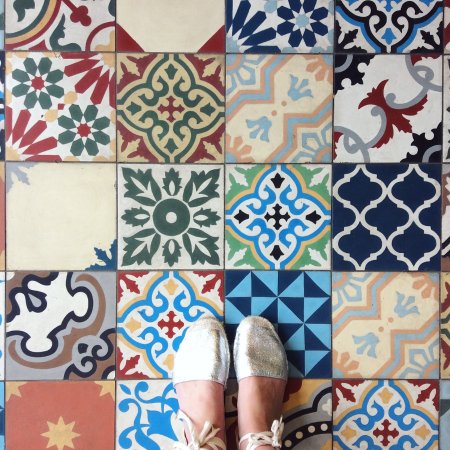 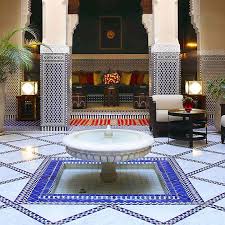 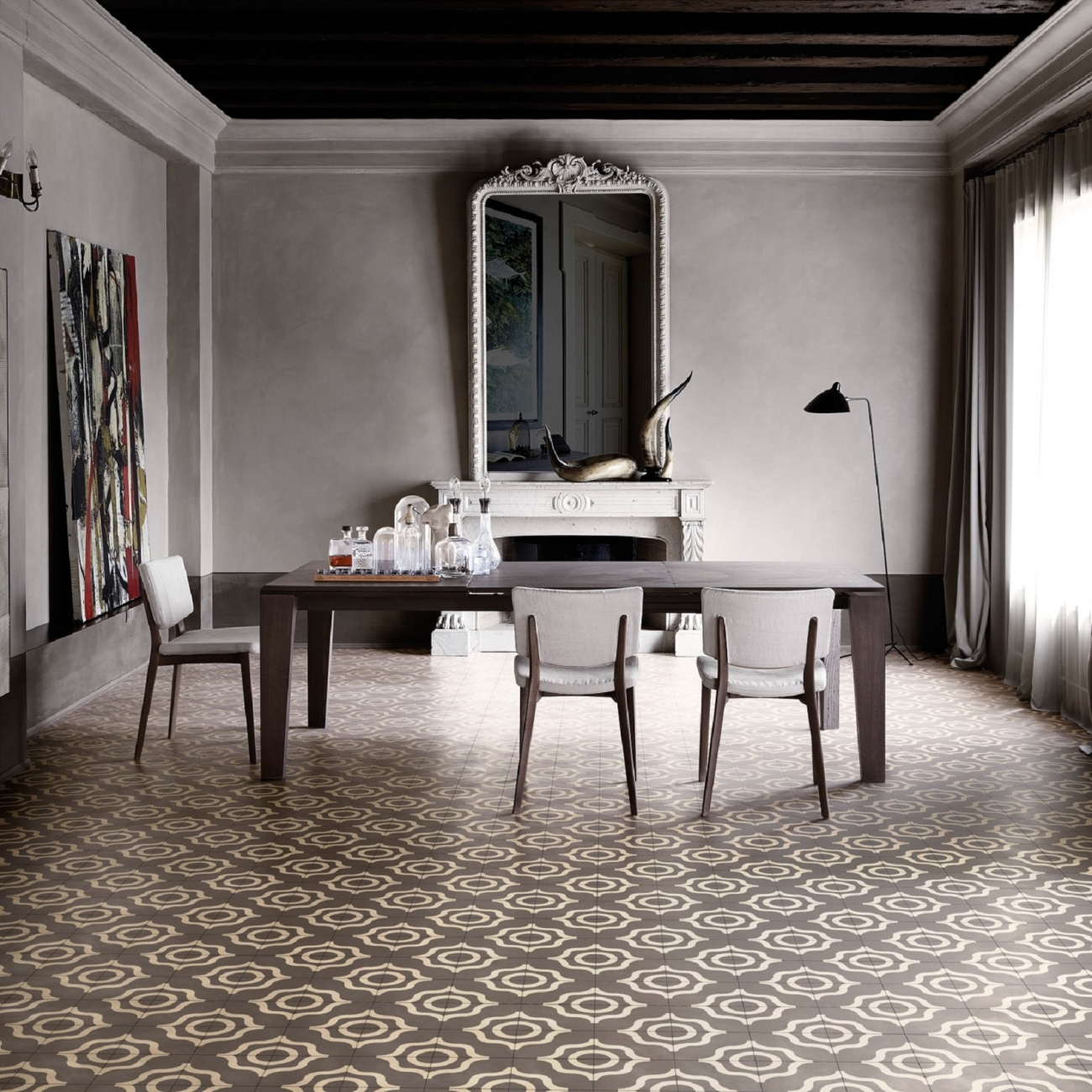 Now that I knew what Encaustic tiles were, I needed to find out where the best producers in the world were; how long they take to produce and then also I needed an idea of costings before I could get back to my client in Dubai. This is the summary of my research :

One only need take a look at all the digitally printed tiles that look like the real thing so see how popular the look has become.

As for production time, one needs to understand that the authentic encaustic cement tiles are 100% hand made. For this reason they are not mass produced in general although the Vietnamese factories have managed to produce large quantities on a daily basis.

Also, because they are more labour intensive, they are understandably, more expensive than the digital print options one sees in most retail outlets.

To say that I am seriously in love with these tiles is no understatement. While Jackie and I have redone the entrance to our house with a Spanish printed tile, we are really making an effort to introduce the classic and authentic Moroccan encaustic tile into our house.


Come and get em…all orders for next 6 weeks rece

Part of #salockdown is spent thinking 🤔 of the

Settle into the sultry tones of summer….
#inspir

When you need a bit of a change… DRAMA and ELEGA

Thanks @douglasjonesmosaics for the ongoing suppor

Just another day in #paradise. A day of #exploring

Another wonderful trip to the relaxed island @maur

Only one game left ! #goodluck #bokke

We're starting the week with a fresh feel of #tran

X
Hi there! Looking for a discount ?

Login/Signup and win a chance to spin the wheel

Need Help? Chat with us
Start a Conversation
Hi! Click one of our member below to chat on Whatsapp
The team typically replies in a few minutes.
Origin8
I will be back soon